Songwriter Uses Her Battle With Leukemia to Inspire Others

Angel Carlos considered herself in pretty good health. The 62-year-old East Stroudsburg resident was fairly active and had no underlying health conditions, so when she began to experience fatigue and shortness of breath in November 2020, she knew something was wrong.

“I couldn’t even walk up the stairs without getting short of breath and needing to lie down,” says Carlos.

After several tests, doctors discovered her hemoglobin levels were dangerously low and sent her to the Lehigh Valley Hospital (LVH)–Pocono emergency room. She was admitted to the hospital, and two days later she was diagnosed with acute myeloid leukemia, a cancer of the blood and bone marrow.

“I was shocked. Doctors told me that this type of cancer isn’t hereditary, that it was just luck of the draw,” she says. 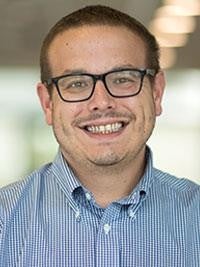 Learning to cope with leukemia

Carlos and her husband met with Bradley Lash, MD, and Zachary Wolfe, MD, oncologists from Lehigh Valley Topper Cancer Institute. They decided it was best to treat her cancer aggressively with a round of intensive induction chemotherapy, which generally requires a 30-day hospital stay.

“It’s a difficult course of treatment, but we knew it would give her the best chance at remission and ultimately a cure,” says Wolfe.

“I am so grateful for my team at LVHN. They really helped me through the most difficult time, and I couldn’t be more thankful,” Carlos says.

Carlos admits that her stay wasn’t always easy. She says she relied heavily on her family and her faith to get her through those difficult times. However, she also found comfort from a familiar source – songwriting. 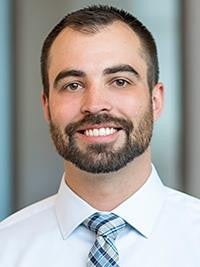 Carlos, a gospel singer and songwriter, was enrolled in a songwriting class prior to her diagnosis and had just finished a song she titled “Living Gritty.” Her song was due by midnight on Dec. 30, 2020, and she says she finished it with minutes to spare. By that time, she says she was tired all the time and didn’t have the energy to devote to songwriting, so she felt her song wasn’t up to her standards.

“I was frustrated because I thought the song was full of clichés that most people couldn’t really relate to,” she says.

Carlos describes the song as a “fight song” about dealing with life’s challenges, but says the song took on new meaning during her battle with leukemia. In fact, Carlos says that “Living Gritty” became her personal mantra during her hospital stay.

“I would close my eyes and just sing that song in my head whenever everything became too much,” she says.

The line that resonates with her the most is no matter how long it takes, I’ll look life in the face…just got to believe. “I know that my battle is a marathon and not a sprint. Parts of my song remind me of this,” she says.

Carlos became well known in her inpatient unit because of her song and her positive attitude. “Having a positive attitude will not necessarily help the cancer, but it will make the long days of treatment easier. Her attitude has always been positive, as has her family, which I think is part of the reason she has done so well,” Lash says.

Carlos is now is in complete remission and still working toward a complete cure. “I am so grateful for my team at LVHN. They really helped me through the most difficult time, and I couldn’t be more thankful,” she says.