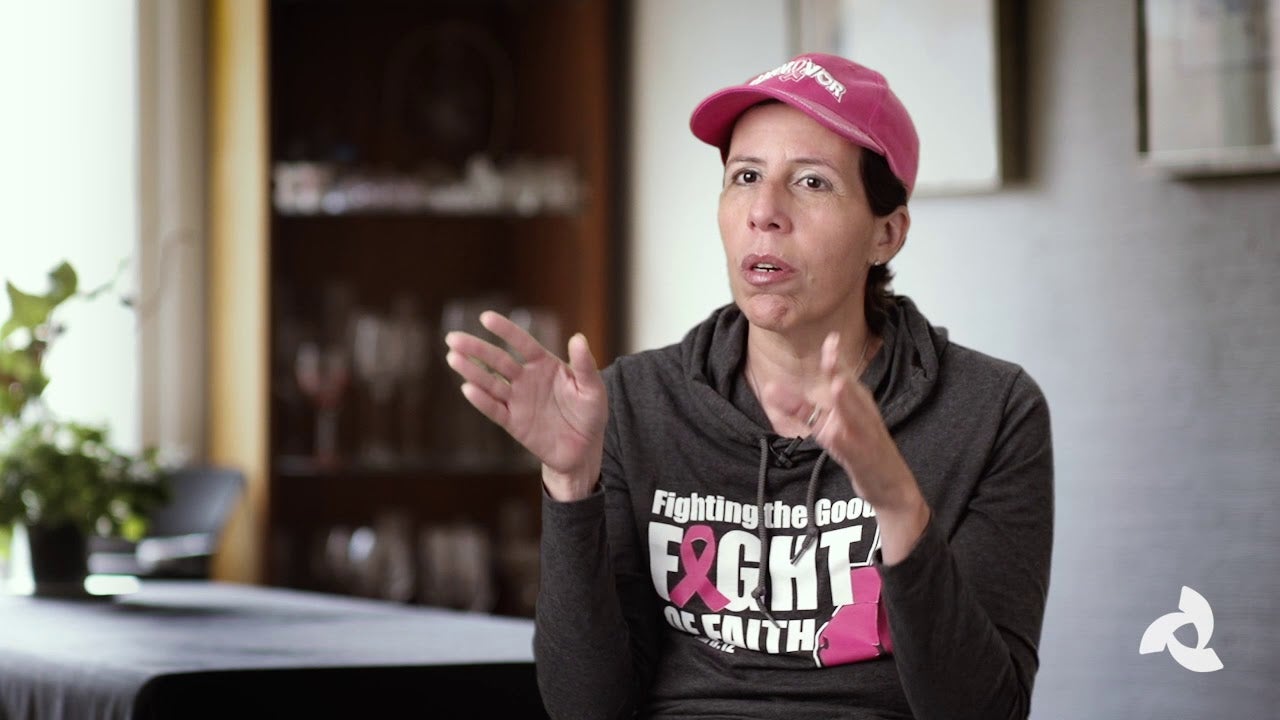 Her faith was strengthened after meeting with her Lehigh Valley Cancer Institute care team – her surgeon, medical oncologist, radiation oncologist and nurse navigator – at a private multidisciplinary cancer clinic (MDC). An MDC meeting is offered to every newly diagnosed breast cancer patient.

“It was very helpful to see the entire team at once and ask any question I wanted,” Sanchez says. They recommended a three-part plan: chemotherapy, surgery and radiation.

While the plan was clear, Sanchez’s actual path was less straightforward. In late September, she developed a bowel obstruction that required emergency surgery. When recovery from surgery delayed the start of chemotherapy, breast surgeon Lori Alfonse, DO, assured Sanchez that breast surgery, a skin-sparing double mastectomy with reconstruction, could move forward without affecting her prognosis.

Sanchez got through the mastectomy and subsequent chemotherapy and then endured yet another emergency surgery (unrelated to her cancer) in April 2017. Undeterred, she recovered from that procedure before undergoing 34 sessions of radiation to eliminate any remaining cancer cells. She completed her treatment with a breast reconstruction procedure in January 2018.

Today Sanchez is recovering and looking forward. Her doctors note a variety of factors that helped lead to her positive outcome.

“Sandra’s attitude was key,” Alfonse says. “She never doubted that she would do well.”

Radiation oncologist Steven Perch, MD, adds that the Cancer Institute’s commitment to multidisciplinary, coordinated care ensures the team is united, beginning with the MDC and throughout treatment – even when circumstances change. “Patients know that we’re all on the same page and communicating with each other, which leads to better care,” he says.

Hematologist oncologist Ranju Gupta, MD, notes that Sanchez’s willingness to participate in a medication research study led by Memorial Sloan Kettering Cancer Center is important. “This medication previously has shown promise in treating prostate cancer. This is one of the first studies that tests its effectiveness in treating Sandra’s form of breast cancer,” Gupta says.

Sanchez herself has a simple explanation for her resilience: “I’m strong. I always had excellent care,” she says, “and I always felt faith would sustain me.”