Knees are Casualties of Women’s Sports

Active women are at least twice as likely to suffer serious knee injuries as men. But it’s not just athletes who are at risk.

Although female athletes at the high school and college level can suffer serious knee injuries, women who play recreational volleyball or do step aerobics also can injure their knees, says the American Academy of Orthopaedic Surgeons (AAOS). “In addition, even a mother carrying her child down a flight of steps can trip and injure her knee,” says Nicholas Slenker, MD, with LVPG Orthopedics and Sports Medicine–1621 N. Cedar Crest, “A knee injury can happen to any woman, no matter how athletic she is.” 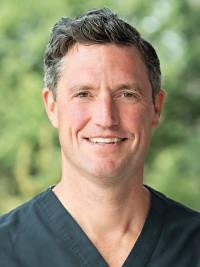 The chief movements that cause knee problems in women are pivoting and landing from a jump, the AAOS says.

Luckily, women can help protect themselves by strengthening the muscles around the knee and hip to provide joint stability.

Anatomy of the problem

Why are women’s knees, in a sense, their Achilles’ heel?

“Since a woman has a wider pelvis, her femur (thigh bone) descends into the knee at an inward angle,” says Chelsea Evans, DO, with LVPG Orthopedics and Sports Medicine–1250 Cedar Crest. 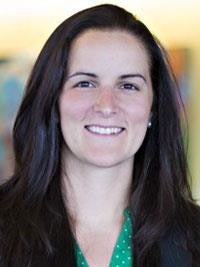 When a woman becomes fatigued, as during an athletic event, the angle on landing becomes more pronounced, further increasing the chance of injury.

A band of fibrous connective tissue called the anterior cruciate ligament (ACL) passes through a “notch” in the lower end of the thighbone that forms part of the knee. The ligament is about the same size in women and men. But the notch is narrower in women. “That makes the woman’s ligament more susceptible to tearing,” Evans says.

A woman’s hamstring muscles, at the back of the thigh, are often weak compared with her quadriceps, the muscles at the front of the thigh. The quadriceps pull the bones of the lower leg forward, and the hamstrings pull them back. Hamstring muscles help protect the ACL from injury. When the pulling power is out of balance, the knees suffer.

The muscle imbalance tends to be far worse in women. “The imbalance may begin to happen during childhood if girls engage in less physical activity,” Slenker says. “Exercise can help overcome the problem.”

Risk for injury to the ACL appears to be higher during ovulation, when estrogen levels are highest.

“Strengthening exercises are especially important for your hamstrings,” says Slenker.

Try hamstring curls: Lying on your belly, draw your lower legs upward. Try to touch your heel to your buttock. Use resistance equal to about 10 percent of your body weight. Do a few sets of 10 to 15 repetitions; hold them for a second or two.

Jumping exercises are also critical for building strength and preventing knee injuries. When you land from a jump, keep it soft. Come down on the balls of your feet and slowly roll back to the heel. Keep your knees bent and your hips straight. Try to keep your knees in line with your feet.

Hopping over a cone side to side and forward and backward builds strength and control:

Don’t let a sports injury slow you down