Amyloidosis: A Potentially Fatal Disease You Probably Never Heard Of Is On Our Radar

Illness caused by abnormal protein is among the most misdiagnosed in the U.S.

Bokhari heads up Lehigh Valley Health Network’s amyloidosis program, one of only a handful of such centers in Pennsylvania dedicated to the diagnosis and treatment of a condition that affects less than 250,000 people in the U.S., well under one-tenth of 1 percent of the population.

Amyloidosis is caused by an abnormal protein that accumulates in organs, like the heart, kidneys or liver. In the heart, for example, it stiffens the walls of the heart, making it much less efficient at pumping blood through the body.

It sometimes takes medical detective work to diagnose amyloidosis because symptoms can be the same as other conditions, like carpal tunnel syndrome. Other red flags for possible amyloidosis include an irregular heartbeat, difficulty swallowing, shortness of breath, severe fatigue and swelling in the legs and ankles.

“If you catch the disease early, then patients can expect a normal quality of life and normal life span.” - Sabahat Bokhari, MD 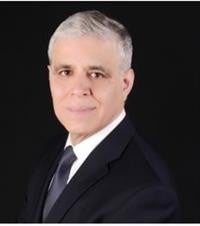 Bokhari said the LVHN program, started in the fall of 2020 at Lehigh Valley Hospital (LVH)–Cedar Crest, currently treats about 200 patients. It succeeds based on a partnership with other fields at the health network, including hematology, neurology, and hand surgeons. “We have a whole team, so our goal is to spot this disease in patients before it affects major organs,” Bokhari says. “The goal is to start treatment as soon as possible.”

Did You Know? Amyloidosis affects less than 250,000 people in the U.S., well under one-tenth of 1 percent of the population.

How is amyloidosis diagnosed?

Patients are closely followed through a variety of screening tests, including a technetium-99m pyrophosphate scintigraphy (PYP). The PYP scintigraphy for diagnosing TTR cardiac amyloidosis was developed by Bokhari.

Bokhari in 2019 co-authored an article – “Screening for Transthyretin Amyloid Cardiomyopathy in Everyday Practice” – in the Journal of the American College of Cardiology that notes red flags for doctors to use in diagnosing the disease in the heart.

Catching it early is key

Drugs can help manage the disease, but not reverse it. “If you catch the disease early, then patients can expect a normal quality of life and normal life span,” Bokhari says. “Because it involves multiple systems, it gets missed. I’m sure there are a lot more patients who’ve been underdiagnosed.”

Lehigh Valley Health Network’s amyloidosis program is one of only a handful in Pennsylvania.