Bethlehem resident Alan “Char” Hartley, 54, is a family man. When he’s not at work as a chef (another one of his passions), you can find him spending time with his wife, two children and three dogs.

However, up until October 2021, there was somewhere else you would most likely find him: outside smoking a cigarette.

“I started smoking when I was 15 years old, and after 38 years, I was smoking about two packs a day,” Hartley says. “I had tried quitting over the years on my own, but the habit always seemed to come back with a vengeance. Even though my father and brother were also smokers, and both passed away from lung cancer, I had trouble giving it up.”

“The Tobacco Treatment Program saved my life, I would highly recommend this resource to anyone who wants to quit. Even if you’ve tried on your own before, it’s never too late to try again with a trained specialist supporting you every step of the way.” - Alan “Char” Hartley

But when his wife gave up cigarettes, his son encouraged him to do the same, and his daughter mentioned his smoking in a birthday card, Hartley had an epiphany.

“I still remember the night I decided to get serious and quit for good,” he says. “I was standing outside in the dark, and I realized that if I kept smoking, I was going to miss out on meeting my future grandchildren and spending my golden years with the love of my life. That was the push I needed to get started.” 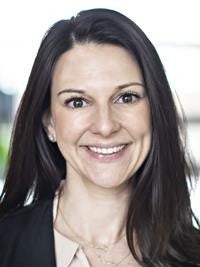 “When I had tried quitting smoking before, I did it on my own without any resources or outside support,” Hartley says. “While I was a little nervous to open up to a stranger, I knew it was time to try something different.”

Getting the support he needed

Hartley soon connected with certified tobacco treatment specialist Lindsey Dietrich, who set up weekly calls with him to kick-start his quitting journey. The first steps were determining Hartley’s motivations for quitting, building his confidence and helping him select a quit date, which would mark the day he gave up cigarettes for good.

“Lindsey really took the time to get to know me and help me feel empowered,” Hartley says. “As a chef, I like structure, so the activities we did together really worked for me. She was also nonjudgmental, and when I decided to push my quit date back a week, she was incredibly supportive.”

Once Hartley selected and reached his quit date (Oct. 17, 2021), Dietrich helped him identify triggers related to smoking and changes he could make in his daily schedule to help him stay on track. She also worked with his primary care doctor (Farrell) to determine which nicotine replacement products would be best for Hartley, and afterward, provided him with nicotine replacement patches, gum and lozenges.

“With Lindsey’s help, I realized that coffee, driving and going outside during work breaks were some of my biggest triggers,” Hartley says. “After quitting, I gave up coffee, started driving a different car, took a different route to work, went on walks with co-workers inside and used gum as a distraction. All those things really helped me stay on track, especially in combination with the nicotine products.”

More than a year later, Hartley is still smoke-free, no longer uses nicotine replacement products and is seeing improvements every day. In addition to saving money, sleeping better and traveling without worrying about taking smoking breaks, he’s noticing a lot of health benefits as well.

“Not only can I walk up stairs easier without getting short of breath, but my blood pressure and cholesterol levels have improved,” he says. “I’m even noticing an improvement in my mental health. I’m happier and in a better mood, and my co-workers and family members have noticed it too.”

Dietrich has even noticed a significant change in Hartley.

“When I first spoke to Alan, he seemed a bit depressed and concerned about reaching his goals,” she says. “However, Alan was determined, and since quitting smoking, he’s become much more energetic, talkative and positive. It’s been an honor supporting him on his journey, and I’m so glad he has found continued success through our program.”

Hartley still speaks with Dietrich every two months. Although he gained some weight after quitting, he is making progress every month toward his goal weight and is still blown away by the many positives that have come with giving up cigarettes.

“Lindsey and the Tobacco Treatment Program saved my life,” he says. “I would highly recommend this resource to anyone who wants to quit. Even if you’ve tried on your own before, it’s never too late to try again with a trained specialist supporting you every step of the way.”

LVHN’s Tobacco Treatment Program is here to support you

Our certified tobacco treatment specialists offer free-of-charge phone counseling sessions to people looking to stop using tobacco products (including vapes). As part of the program, your specialist will develop a personalized quitting and care plan.