Rheumatoid arthritis (RA) is an autoimmune disorder, which means the body’s immune system attacks its own healthy cells and tissues – in this case, your joints. This malfunctioning immune system response causes inflammation in and around the joints, which may lead to skeletal damage. 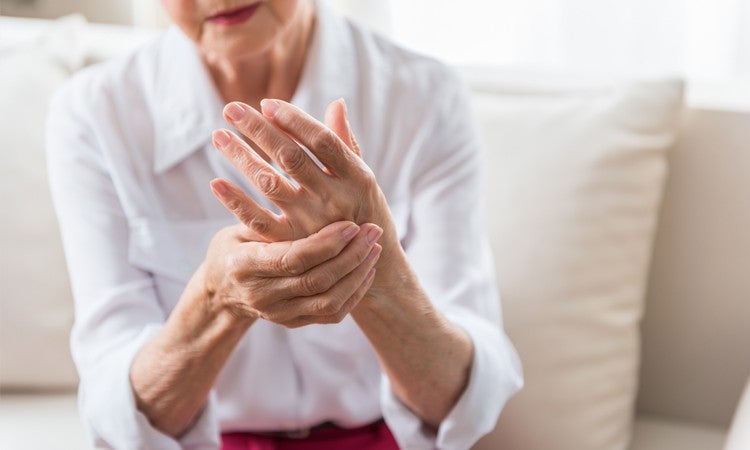 In the hand, rheumatoid arthritis may cause deformities in the joints of the fingers, making movement difficult. Lumps, known as rheumatoid nodules, may form over small joints in the hands and the wrist. The inflammation can become so severe that the function and appearance of the hands can become affected. RA also may have devastating effects on other organs, such as the heart and lungs.

Juvenile rheumatoid arthritis (JRA) is a form of arthritis in children younger than 16 that causes inflammation and joint stiffness for more than six weeks. Unlike adult RA, which is chronic and lasts a lifetime, JRA is often outgrown. However, the disease can affect bone development in the growing child.

Diagnosis may be difficult in the early stages because symptoms can be very subtle. If you have four or more of the following symptoms, you may be diagnosed with RA:

There is no cure for rheumatoid arthritis, but proper treatment can help you live a long, productive life. Treatment may include:

If pain from osteoarthritis or another joint condition is stopping you from enjoying everyday activities, now is the time to develop a plan to eliminate your discomfort. You don’t need to put up with joint pain any longer.

Get on the calendar in just a minute or two. Yes, it really is that easy.

Is joint pain disrupting your life?