(Mary is a pseudonym for a Lehigh Valley Health Network patient suffering from major depressive disorder.)

Depression has been part of Mary’s life for more than 30 years now, marked by periods of prolonged sadness, lack of self-esteem, and complete disinterest in the things in life she enjoyed most.

“I would be OK for a time and then I’d just crash,” she says. “I had no motivation to do anything. I felt so isolated.”

In the late 1980s, Mary was initially diagnosed with depression and has undertaken several approaches to treatment. In 2012, the diagnosis was modified to major depressive disorder, an extremely common mental health condition which affects about 2% of the world’s population, according to the Institute for Health Metrics and Evaluation. More than 17 million men and women in the U.S. suffer from some form of depression.

It would be decades before a new treatment offered at Lehigh Valley Health Network (LVHN) would finally provide Mary consistent relief from her symptoms. But reaching that point was a difficult journey.

“I tried different medications over the years; nothing really worked for me,” Mary says. “I’d estimate I went through 13 years of pure depression.”

No treatment seemed to work for long, either. Mary has gone through psychotherapy with multiple therapists. Then, electroconvulsive therapy (ECT), also known as electroshock therapy, was recommended to her. ECT is an electrical stimulation to the brain accompanied by a muscle relaxant and other medications. Many times, a short hospital stay is required, although today outpatient treatments are becoming more commonplace.

“That scared me some, mostly because you have to be under anesthesia for the therapy,” Mary says. “I know it’s worked well for many people, but I could never get completely comfortable with it. I went through nine treatments and I wasn’t responding much. When they told me I’d need more treatments, I decided against it.” 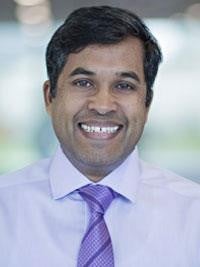 In 2018, Mary met Zahid Islam, MD, with LVPG–MHC IP Psychiatry, who would provide the help she’d been seeking for most of her life.

“When she consulted with me, transcranial magnetic stimulation [TMS] was still new at LVHN,” Islam says. “She was one of 10 patients using the treatment that we were monitoring. She’s done very well with it.”

TMS is a noninvasive procedure that uses magnetic fields to stimulate nerve cells in the brain and mitigate the symptoms of depression. It’s offered in provider offices on an outpatient basis. Patients listen to music or watch TV during a treatment session while an electric pulse stimulator connected to a magnetic coil is attached to the scalp.

The complete treatment course includes 36 sessions over six weeks, with each session lasting between three and 18 minutes.

“I didn’t have many expectations going in,” Mary says. “At first, I thought I was going to be disappointed again. Then after about three weeks, I started to feel much better. I could concentrate again and felt more energetic and engaged in my life.”

Mary has gone back for repeated treatments when her depression symptoms begin to return, which to date has been in about a year’s time.

“It’s been varying degrees, but most patients have reported a positive response,” Islam says. “We’re still gathering data about how to best utilize TMS as it’s so new. But we’re very happy with the results we’ve seen to this point.”

Mary is very happy with her progress as well.

“I highly recommend it to anyone suffering with depression,” Mary says. “The treatment is very much worthwhile.”