Ben Jackson, MD, former Vascular Director of Aortic Surgery at the Hospital of the University of Pennsylvania in Philadelphia, is the new Chief of Vascular Surgery at Lehigh Valley Heart and Vascular Institute. He officially started work on Monday (July 11).

In addition to being the Vascular Director of Aortic Surgery at the Hospital of the University of Pennsylvania in West Philadelphia, he also was an attending physician there. He also was an active physician at Penn Presbyterian Medical Center, Philadelphia, and an attending surgeon at the Philadelphia Veterans Affairs Medical Center. For seven years, he was the program director for the Vascular Surgery Residency and Fellowship at Penn. 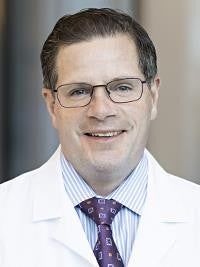 “Ben is an extremely talented surgeon and someone whose career has been defined by his innovative spirit, belief in leading-edge technology and dedication to his patients,” says Ronald Freudenberger, MD, Physician in Chief, Lehigh Valley Heart and Vascular Institute. “We’re thrilled to have him on the LVHN team. We’d also like to thank Eric Wilson, who has served as interim vascular surgery chief for the last 14 months. Eric remains an integral part of the vascular surgery team.”

The road to medicine

Jackson’s calling to medicine came while on another career path – physics and engineering. With undergraduate degrees in physics and Spanish literature, he headed to the University of Virginia where he earned a master’s degree in engineering physics.

He worked for two years in a research lab, planning to go back to graduate school for bioengineering. However, the lab was run by two surgeons who convinced him to consider medicine and surgery, specifically cardiovascular surgery. “Vascular surgery is intellectually engrossing and technically challenging,” he says.

Though his job is to save lives, prevent strokes and help patients with impaired blood flow to avoid amputation, Jackson says he treasures the relationships he develops with his patients. “I try to always remember that patients who seek out my expertise are people – with jobs, lives, hobbies, families and compelling personal stories. I enjoy hearing those stories and playing a role in caring for those people,” he says.

Jackson says his goals for LVHN include establishing a Center of Excellence for the Care of Aortic Aneurysms and a Limb Salvage Program. He also plans to start a vascular surgery training program.

Our team of heart specialists works collaboratively to share expertise and develop the best care plan based on your unique medical condition and personal preferences. 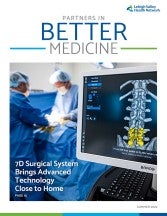