First female urologist in the country to be recognized for use of this treatment for benign prostatic hyperplasia (BPH), or enlarged prostate

Boston Scientific announced that Kiranpreet Khurana, MD, LVPG Urology, has been designated as a Center of Excellence for Rezūm™ Water Vapor Therapy treatment – a minimally invasive in-office procedure for men looking to treat their benign prostatic hyperplasia (BPH), not just the symptoms. Rezūm Therapy uses natural water vapor to reduce the size of the prostate and provide lasting symptom-relief from BPH without invasive surgery or some of the potential side effects of prescription drugs. The Center of Excellence designation recognizes Khurana’s high degree of experience with Rezūm Water Vapor Therapy and commitment to delivering significant, lasting symptom-relief to men suffering from BPH. She is the first female in the U.S. to be recognized as a Center of Excellence for Rezūm Therapy.

“Being designated as a Rezūm Center of Excellence is a meaningful recognition for us, as we strive to provide the best possible treatment of urological conditions for our patients.” - Kiranpreet Khurana, MD 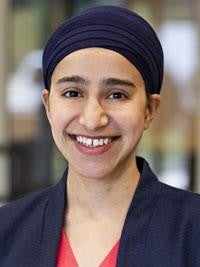 BPH is a condition in which a man’s prostate enlarges and squeezes the urethra, causing frustrating symptoms such as frequent or urgent urination, a weak or interrupted urine stream, and the need to get up several times a night to urinate. It affects about 50% of men by age 60 and up to 90% of men by age 85.

“Being designated as a Rezūm Center of Excellence is a meaningful recognition for us, as we strive to provide the best possible treatment of urological conditions for our patients,” Khurana said. “For years, the primary options for treating BPH were through behavior modifications, medications or invasive surgery. However, medications may not work for everyone and may have undesirable side effects such as dizziness, sexual dysfunction and lower sex drive. With Rezūm Therapy, we’re able to provide relief of BPH for men who do not want to take medication or want to avoid invasive surgery and implants.”

During Rezūm Therapy, which takes place during one short office visit, natural water vapor is released throughout the targeted prostate tissue. When the steam contacts the tissue and turns back to water, it releases energy, killing the excess prostate cells that squeeze the urethra. Over time, the body’s natural healing response removes the dead cells and shrinks the prostate. With the extra tissue removed, the urethra opens, relieving BPH symptoms while preserving erectile and urinary function. The procedure does not require general anesthesia and is performed under oral sedation or local anesthesia.

Rezūm Therapy has undergone extensive clinical trials to evaluate the safety and efficacy of the treatment. It is now included in the American Urological Association’s BPH treatment guidelines and has four-year follow-up data showing its ability to treat prostates with hyperplasia of the central zone, lateral lobe and/or median lobe.

Rezūm Therapy is being used in many leading urology practices throughout the United States. To date, more than 55,000 patients around the world have been successfully treated with Rezūm Therapy.

Are too many bathroom trips cramping your lifestyle?