Roseto Man Won’t Allow MS to Keep Him Down

On a hot summer day in 2017, Jeff Faust was spreading asphalt on a new SEPTA bridge deck in suburban Philadelphia when he began to experience severe abdominal cramps.

“I thought it was just the intense heat and me being very fatigued working a bunch of consecutive days on that job,” the 43-year-old Roseto resident says. “I had been working 12-hour shifts seven days a week for five weeks. I thought it was because I was exhausted. But things got worse for me.”

“It became clear from the scan I had multiple sclerosis (MS),” Faust says. “There were lesions covering my brain.”

Jeff Faust had a very active life before a multiple sclerosis diagnosis in 2018 slowed him down. But with the help of LVH Neurology and his devoted family members, he’s come back.

MS impacts the central nervous system where the immune system attacks the protective layer around nerve fibers, called myelin, causing lesions that disrupt the brain sending signals to the body. The severe cramps Faust endured working on the bridge are known as MS hugs. Other symptoms include blurred vision, dizziness, vertigo, tingling, numbness and extreme fatigue. They can lead to paralysis and body tremors as the disease progresses. There is no known cause or cure for MS.

Faust was referred to LVH Neurology–1250 Cedar Crest, where he worked with neurologist Gary Clauser, MD, and nurse practitioner Kathryn Heinz, CRNP, both of whom specialize in MS.

“By the time Jeff came to us, the disease had advanced to where he was using a walker and unable to do several daily functions, such as taking a shower, by himself,” Heinz says. “This was someone who was in extremely good shape, who worked out regularly and had a job that required a lot of physical labor. MS is often associated with females, who develop the disease twice as often as men. This case shows it can happen to anyone.” 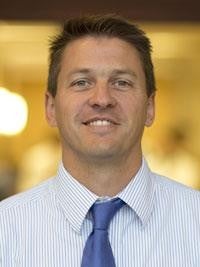 Because of his excellent physical condition and age, Clauser and Heinz chose to use an aggressive approach with an infused drug called LEMTRADA® (alemtuzumab), with the goal of preventing additional MS lesions from forming. Coupled with physical therapy, the symptoms and progression of the disease can be controlled.

Faust responded extremely well to LEMTRADA. Today, he’s walking and is working out some again. To date, all his tests have shown the disease to be under control.

“I have occasional flares and I’m careful to avoid things that can trigger them, such as heat and stress,” Faust says. “But it’s gone really well for me. I’m very thankful for the support of my ex-wife, Tara, and my three children, who have been there for me every step of the way.” 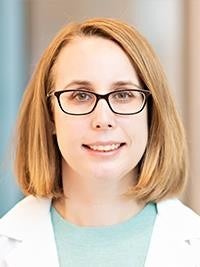 Faust visits LVH Neurology every six months as they monitor his condition.

“If Jeff keeps doing as well as he has, we’ll make his visits yearly,” Heinz says. “We’re able to address MS so much better these days.  When I started in 2013, there were maybe five medications we used in treatment. Now there are almost three times as many.”

And Faust knows the importance of remaining upbeat.

“This is my new normal, and it does me no good to be miserable about it,” Faust says. “If I have a problem, I deal with it. I’m very grateful for all the help I’ve gotten, and I stay positive about the future.”

The multiple sclerosis (MS) program at Lehigh Valley Health Network (LVHN) is one of the leading MS programs in Pennsylvania.