Immunotherapy: Opening a World of Possibilities for Treating Patients

Treatment has revolutionized cancer and outcomes

With ongoing advancements in oncology, options for people with cancer now extend beyond surgery, radiation therapy and chemotherapy.

Immunotherapy, a newer treatment category, allows individuals to achieve long-term remission and in some cases, become cured. There are varying classes and mechanisms of immunotherapy drugs, but at its essence, the treatment supports the immune system in recognizing and fighting certain cancers. 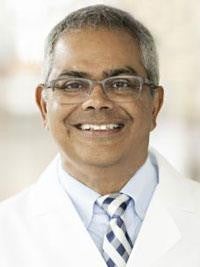 The research behind the ‘cure’

While the first immunotherapy medication was developed and studied in the 1980s, it wasn’t very effective.

It wasn’t until the 2010s that immunotherapy research kicked off, and within three years, three new medications (pembrolizumab, nivolumab and ipilimumab) were being trialed.

“Now these medications and countless others are FDA-approved for the treatment of more than 20 types of cancer,” says Suresh Nair, MD, Physician in Chief, Lehigh Valley Topper Cancer Institute.

Immunotherapy has been incredibly successful in treating certain late-stage cancers that previously had limited treatment options. For some individuals, immunotherapy treatment allows for longer-term remission, which can eventually be considered a cure.

“There is also a lot of research being done on additional medications and their effectiveness for other types and stages of cancer,” Nair says.

As with any treatment, there are risks that come with the benefits. Immunotherapy can sometimes cause the immune system to attack healthy cells and tissues in the body, leading to certain side effects.

Clinicians at the Cancer Institute have been on the forefront of immunotherapy since the beginning. In fact, we were one of the first 10 hospitals to offer phase 2 trials of nivolumab for people with lung cancer and melanoma in the 2010s.

“Since then, we have offered more than 50 immunotherapy clinical trials,” Nair says.

In addition to our many clinical trials, we also offer eligible people many of the latest standard-of-care immunotherapies and expert side effect management.

“We strive to offer our patients the most advanced treatments and best chances of success in their community,” Nair says. “Our expertise with immunotherapy allows us to do just that.”

Immunotherapy is an option for specific subtypes and stages of:

Providers can refer an individual for cancer care or a second opinion by calling 888-402-LVHN. If you are a patient, call 888-402-LVHN to request an appointment.