Two surgeons – one who specializes in deep brain stimulation surgery and another with a focus on minimally invasive spine surgery – have joined Lehigh Valley Fleming Neuroscience Institute.

Greg Davis, MD, comes to LVHN from Albany Medical College in Albany, N.Y., where he served as Fellow, Functional and Stereotactic Neurosurgery. Prior to that, he was a neurosurgery resident at George Washington University Hospital in Washington, D.C. He is a graduate of Virginia Tech Carilion School of Medicine.

With Davis’ arrival, LVHN will have the only deep brain stimulation surgeon in the Lehigh Valley. 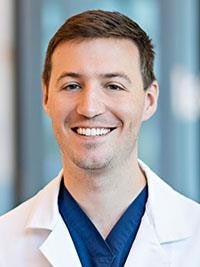 Neurosurgery
“We said the generosity of the Fleming Foundation would allow us to expand and enhance subspecialty expertise and bolster existing programs. These great additions to our team help us do just that.” – Steven Lewis, MD 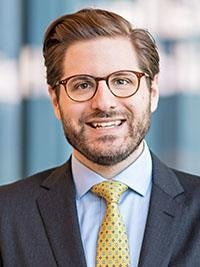 The addition of Davis and Kujawski to an already great team means Lehigh Valley Fleming Neuroscience Institute now has the most comprehensive neurosurgical group in the region.

There are about 3,500 practicing board-certified neurosurgeons in the U.S.

“When we established Lehigh Valley Fleming Neuroscience Institute earlier this year, one of our stated goals was to grow our staff to meet ever-increasing patient demand,” says Steven Lewis, MD, Physician In Chief for the Neuroscience Institute. “We said the generosity of the Fleming Foundation would allow us to expand and enhance subspecialty expertise and bolster existing programs. These great additions to our team help us do just that.”

Davis says his goal is to provide care centered on the needs of each patient. “Functional neurosurgery is a subspecialty of neurosurgery aimed at improving quality of life for patients with complex disorders including movement disorders, chronic pain, psychiatric disorders and epilepsy,” he says. “I hope to provide access to a variety of innovative technologies to allow my patients to choose the treatment that is best for them.”

Kujawski says comprehensive, thorough evaluations are the key to the most effective medical or surgical decisions for a patient. “Medicine gives me the opportunity to combine my passion for science and technology with my desire to help those who are suffering,” he says.

Extraordinary care for brain, spine and neurological and neurosurgical disorders.