Like a car in need of a tuneup, retired Bethlehem Steel welder Frank Vince’s heart wasn’t firing on all cylinders.

And while a car with a sputtering engine might leave you stranded, a heart that’s not working properly can be deadly.

The 81-year-old Vince now has a pacemaker to help his heart – his body’s engine – to beat and pump blood like it should. He also has a hero in Christina Talbot, Exercise Physiologist with Lehigh Valley Health Network (LVHN) Rehabilitation Services, who spotted his slow-beating, misfiring heart during a pulmonary rehabilitation visit in early November.

At the same outpatient rehabilitation appointment, Talbot and others insisted Vince get straight to the emergency room at Lehigh Valley Hospital–Muhlenberg, just a short distance away in a nearby building. Vince said he initially resisted because he felt OK, and he certainly didn’t want to be transported by ambulance. “They read me the riot act,” he recalls with a chuckle. He says he walked to the hospital, was promptly admitted and received his pacemaker the next day.

“The bottom line is we always want patients to get the care they need. By trying to see things from the patient’s perspective, we can help encourage them to do the right thing for their health.” – Christina Talbot, Exercise Physiologist.

Vince will be the first to admit he can sometimes have an “if it ain’t broke, don’t fix it” mindset about his health. Talbot’s training and nearly 20 years of experience got him the care he needed.

Vince says he was under a doctor’s care for chronic obstructive pulmonary disease (COPD) and knew his heart rate was on the lower side of the normal range of 60-100 beats per minute (bpm). When Talbot was checking his vital signs prior to his first pulmonary rehabilitation session, one number stood out – 32. Vince’s heart rate was showing just 32 bpm.

Because Talbot’s clinic does both pulmonary and cardiac rehabilitation, she put a heart monitor on Vince to get a better idea of what was happening. That confirmed 32 bpm and showed Vince had a heart block. The term “heart block” refers to a disruption in the heart’s electrical system, not a blocked artery.

Vince’s cardiologist, Nadeem Ahmad, MD, with Lehigh Valley Heart and Vascular Institute, says tests that day showed the top chambers of Vince’s heart were beating at 100 bpm, but because of disease in the heart’s electrical system, only about a third of those signals were getting to the two bottom chambers to cause them to beat as well. “His heart was pumping slowly because the electrical signal was slow,” says Ahmad, of LVPG Cardiology–Muhlenberg and LVPG Cardiology–Bangor.

Ahmad says as people age, their heart’s electrical system also ages and it’s not unusual to develop a slower heart rate. Of course, heart rates such as Vince’s 32 bpm are extremely slow and not the norm, with the potential to cause symptoms such as dizziness, lightheadedness and fatigue.

Talbot says once she explained everything to Vince, he was willing to take the next step of going to the hospital emergency room. She says Vince comes from a generation that sometimes feels if something isn’t that bad, if they feel relatively good, they can tolerate it and don’t seek follow-up care. Vince says he did have some prior dizziness but chalked it up to being tired. “I didn’t think anything of it,” he says.

“We were able to convince him the best thing to do is be evaluated in the ER and consult with the cardiologist,” Talbot says. “The bottom line is we always want patients to get the care they need. By trying to see things from the patient’s perspective, we can help encourage them to do the right thing for their health.”

A great combination of skill and caring

Talbot loves what she does. When she talks about her job, her passion and compassion are equally evident.

“I absolutely love what I do. I love people. I care about people,” she says, adding she wants her patients to know their time with her is about them and their health. She wants them to be happy. “I like joking and sometimes being silly and having a good time with the patients. And I take it personally, because you feel it could be your family member and you would want someone to do the same for your family.”

Talbot says her years on the job are an asset she’s proud to possess. “It absolutely helps. I have the experience of knowing what is normal or not normal,” she says. “You have a feel for things and you can sense something is off. You have the resources and you do what you know how to do.”

In the hospital and beyond

Vince’s pacemaker was implanted by Ahmad’s partner, Hari Joshi, MD, a cardiologist with Lehigh Valley Heart and Vascular Institute, who Vince called “one hell of an electrician.” Joshi specializes in electrophysiology, the treatment of irregular heartbeats.

Vince went home from the hospital the day after his procedure, but his bond with Talbot was not lost. He’s still a regular at her rehabilitation clinic, Cardiac Rehabilitation–Muhlenberg. 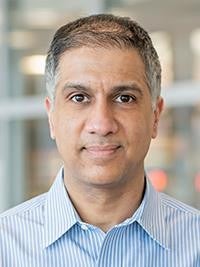 Soon after his pacemaker was installed, he went back to the clinic with a thank you letter to Talbot in hand. Vince says he feels good now and doesn’t get tired, even walking up stairs.

“I want to thank you for the exceptional care and dedication you gave to me,” the note reads. “Because of your keen eye and experience, you were able to detect a critical health issue that if left untreated could have been disastrous for me.”

The letter continues, “I want to sincerely thank you for convincing me to go to the ER that day, which very well could have saved my life.”

Vince says he’ll be forever grateful. “She [Talbot] deserves the recognition,” he says.