Back Fixing Engines After Years of Urologic Pain

For Josh Halecky, there’s no other way to describe the pain he dealt with for years as stent after stent was surgically placed in his ureter to keep one of his kidneys from being obstructed.

“Life was hell, to put it politely,” he says.

The small-engine mechanic from Weatherly, Carbon County said he started having pain at 22 and initially saw a urologist about an hour away in northeastern Pennsylvania. After a series of stents were surgically removed and inserted over a period of years, Halecky was still in pain and increasingly frustrated. “The stents were hurting more than anything,” he says. “I was at a point where I didn’t trust doctors.”

His girlfriend suggested he seek a second opinion from Jonathan Bingham, MD, a urologist with LVPG Urology, who has an office location in nearby Hazleton.

Bingham looked at Halecky’s most recent CT scan. “Within five minutes he told me the stent was never going to fix my problem,” says Halecky, now 28.

Halecky was impressed by how Bingham explained his options. “He made everything clear to me,” Halecky says. “He explained things so I could understand. He explained everything that would happen. He broke it down step by step.” 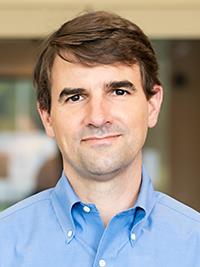 As it turned out, Halecky had a blood vessel crossing his ureter, the tube that drains urine from the kidney to the bladder, and that blood vessel was partially obstructing urine flow. Bingham says the condition is quite common and in Halecky’s case, could have been there from birth.

Halecky was referred to urologist Jatin Gupta, DO, also with LVPG Urology and Lehigh Valley Institute for Surgical Excellence, for surgery to repair the problem.

Gupta operated on Halecky just before Christmas 2020 at LVH–Muhlenberg. The obstruction was removed by way of a robotic-assisted laparoscopic pyeloplasty. Gupta says the benefits of the surgical technique are that it’s minimally invasive (four keyhole-size incisions resulting in minimal blood loss), provides improved surgeon control resulting in a durable repair, and decreases hospital stay and post-operative pain.

“His outlook is fantastic. I just saw him recently and he says he is ‘liberated’ and is back to work and exercise,” says Gupta. “He’s no longer at risk for developing a blockage and can live his life without having to have a stent changed every three months as he was doing prior to having his surgery at LVH–Muhlenberg.” 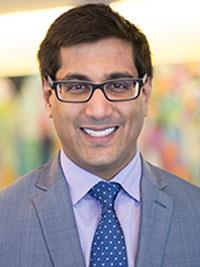 Halecky is a big fan of both doctors, saying they took his “life that was hell and made it normal again.”

Gupta says he’s humbled and grateful he and his team were able to help Halecky. “I’m always delighted when I see patients have a successful outcome, because it means they can regain their independence and not worry about that particular health issue anymore.”

“It’s rewarding when you’re able to correct an issue and improve a patient’s quality of life,” adds Bingham. “It’s why I chose a surgical field. You can often fix people, and that’s very gratifying.

If you're coping with a urologic problem and not happy with your current treatment, get a second opinion E-Visit from LVPG Urology or call 888-402-LVHN (5846) to request an appointment.