Lehigh Valley Health Network has been in the heartbeat business for a half-century and counting, pioneering open-heart surgery in the region and providing patients with the latest cardiac techniques and care ever since.

Proud of its past and forging a bright future, LVHN continues to set the heart care standard in the region, just as it did in April 1970 when Antonio Panebianco, MD, performed the Lehigh Valley’s first open-heart surgery, a coronary bypass, at the former Allentown Hospital, 17th and Chew Streets.

The magical core of this life-saving craft – human hands repairing another human’s heart by bypassing a clogged artery – remains at the center of a flurry of technological, medicinal and procedural options that make up the once unthinkable routine.

“The advances have been quite incredible,” says Ronald Freudenberger, MD, Physician in Chief of Lehigh Valley Heart and Vascular Institute, which opened in 2018. “The outcomes are much better. But the basics of bypass surgery are really similar.” 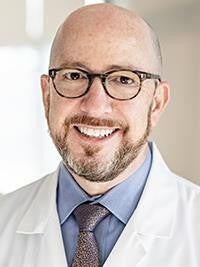 The Heart and Vascular Institute is a collaborative resource Panebianco dared not even dream about in the early ‘70s, when many scoffed at the idea of offering heart surgery in the Lehigh Valley as being costly and duplicating services found in Philadelphia.

The institute provides the region’s largest team of board-certified, advanced heart failure specialists as well as the latest heart support devices to care for patients with complex heart disease. Today, LVHN has one of the largest heart attack programs in the country.

“There were a lot of problems trying to get the program going,” says Panebianco, now 85 and no longer practicing.

Philadelphia heart surgeons feared losing Lehigh Valley patient referrals, he says, and other Allentown Hospital surgeons expressed concerns about losing access to operating rooms for their own work, and some insurers threatened to refuse reimbursements.

Panebianco appealed to Clifford Trexler, MD, then chief of surgery at Allentown Hospital, who allowed the heart surgeons to use his OR.

Cleveland Clinic surgeons used internal mammary artery grafts rather than saphenous (leg) vein grafts for bypasses because those arteries better resist the plaque buildup that leads to hardening and narrowing of the arteries. Panebianco used the mammary artery technique in Allentown.

Panebianco himself couldn’t escape bad genes. In 1978 he underwent open-heart surgery, and in 1988 needed a second. He retired in 2012, having performed 5,000 open-heart surgeries, including on his brother, who today is 86.

“Today we can help patients who are much sicker, with much more complex diseases.”

Heart surgery has evolved from using hypothermia to lower body temperature and potassium to stop the heart while the surgeon severs and reattaches critical blood vessels to using heart-lung machines to keep the patient’s blood oxygenated and moving during the procedure.

Today, refinements to heart-lung machines reduce the risk of dangerous clots and strokes after the procedure.

“Now there’s an entire field of perfusionists who run [heart-lung machines, monitoring key metrics] while the surgeon does the bypass,” Freudenberger says.

Protocols for post-op exercise also are markedly different. Bypass surgery patients today are discharged in as little as three or four days. “In the old days, they may have stayed in the hospital for weeks. And these days it’s: [Get] up and walking as soon as possible,” Freudenberger says. “Back then it was: Stay in bed.”

Saving lives with ─ and without ─ bypass surgery

The option of installing a stent into a partially blocked artery to improve blood flow now lessens the number of routine bypass surgeries.

“Today we may be stenting one or two [clogged arteries] as opposed to bypassing three or four,” says James Wu, MD, Chief, Division of Cardiothoracic Surgery. 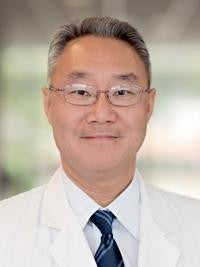 The advances are making once-complex heart surgeries routine and creating opportunities to do more advanced procedures, helping patients who previously were not heart surgery candidates.

“Today we can help patients who are much sicker, with much more complex diseases,” Freudenberger says, such as people with diabetes or kidney problems.

“We became a Heart and Vascular Institute to put the cardiologists and the cardiac surgeons in the same place,” Freudenberger says. “We all share the same outcomes. Cardiologists work from inside the blood vessel; surgeons work from outside.”

“We are more organized and collaborative between surgeons and non-cardio doctors” Wu says. “There’s better direction.”

Freudenberger says one of the biggest changes in cardiac surgery is being able to do more without opening the chest.

“With a transcatheter aortic valve replacement (TAVR), we can replace and fix valves without opening the chest. We had no ability to do that 10 years ago,” Freudenberger says. “That allows us to care for people who may not be able to withstand open heart surgery.”

And that means continuing LVHN’s proud tradition of saving lives by saving hearts.