“We are so grateful for this generous donation, which has helped us support our premature and critically ill infants with new equipment and enhanced programs,” says Wendy Kowalski, MD, Chief of Neonatology for Lehigh Valley Reilly Children’s Hospital.

“The new isolette can be used during helicopter transports when infants need to be transferred to our highest level NICU and receive critical care quickly.” - Wendy Kowalski, MD 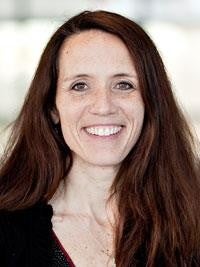 The donation was used to purchase two state-of-the art neonatal transport isolettes (incubators). One is used to transport premature and critically ill infants throughout hospital facilities, and the other is specifically used for transferring infants to the Level IV NICU at Lehigh Valley Hospital (LVH)–Cedar Crest from other hospitals.

“The new isolette can be used during helicopter transports when infants need to be transferred to our highest level NICU and receive critical care quickly,” Kowalski says.

The funds have also been used to support the Children’s Hospital’s Neonatal Transport Program overall, which transports sick infants via ambulance or helicopter 24 hours a day, 7 days a week from any hospital in the region to one of Lehigh Valley Health Network’s three NICUs at LVH–Cedar Crest, LVH–Pocono and LVH–Muhlenberg.

Some of the money donated will also be used for future updates to NICU facilities.

The funds were raised in 2021 as part of an annual Awards Breakfast hosted by the Lehigh Valley Commercial & Industrial Real Estate Foundation. Since it was first held in 1993, the event has raised over $1 million for programs supporting premature babies and their families throughout the region.

This year’s event will take place on Friday, Oct. 21 and will be attended by members of the Lehigh Valley Commercial & Industrial Real Estate Foundation, event sponsors and other guests. To learn more about the event or to contribute to the foundation’s fundraising efforts, visit its website.