“The overall experience is not what it was even 10 years ago,” says Anbari, a long-established Lehigh Valley provider who recently joined LVPG from OAA Orthopedic Specialists and now offers services at LVPG Orthopedics and Sports Medicine–Hausman Road, LVPG Orthopedics and Sports Medicine–Richland Township and Coordinated Health Lehighton–239 N. First Street. “Certainly, if you saw a parent go through knee surgery a generation back, things are very different now.” 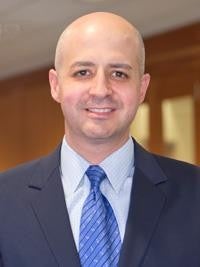 Yet issues underlying knee pain are timeless. Most often, the joint’s cartilage, which provides a cushion between bones, gradually wears away. This can cause painful arthritis that may severely limit movement and degrade quality of life. “Cartilage does not have a great ability to repair itself, and each joint gets only one natural set of cushions,” Anbari says.

Pain often can be relieved at first with nonsurgical treatments. But when pain becomes intense or lack of mobility interferes with daily life, total knee replacement is often the best solution.

Replacing a knee entails accessing the joint through an incision, shaping bones where they meet and installing an artificial prosthesis. “That part hasn’t changed,” Anbari says. “But everything around it has become better.” Some of the most striking improvements include:

Another trend in recent years is to get as healthy as possible before surgery. “Things like quitting smoking, controlling diabetes and exercising more to strengthen the joint and surrounding muscles give you the best chances of having a successful surgery,” Anbari says.

Once you need treatment, potential options that don’t involve an operation include:

“There are many non-operative treatments we can try prior to surgery,” Anbari says.