Jonathan Gyuran was told he had one year to live after he was diagnosed with advanced lung cancer. More than two years later, he's alive because he participated in a clinical trial.

Two years ago, Jonathan Gyuran was told he had one year to live. He heard those words in one whirlwind day in March 2014.

It started with chest pain while on the job. An ambulance rushed him to Lehigh Valley Hospital–Cedar Crest’s emergency department, where a chest X-ray and CT scan found five tumors in his lungs and lymph nodes. It was Stage 4 non-small-cell lung cancer.

"I was so devastated, I couldn't comprehend what the doctors were saying," Gyuran says. "I asked them, 'are you telling me I'm going to die?' They compassionately responded, 'Yes, you are.'" 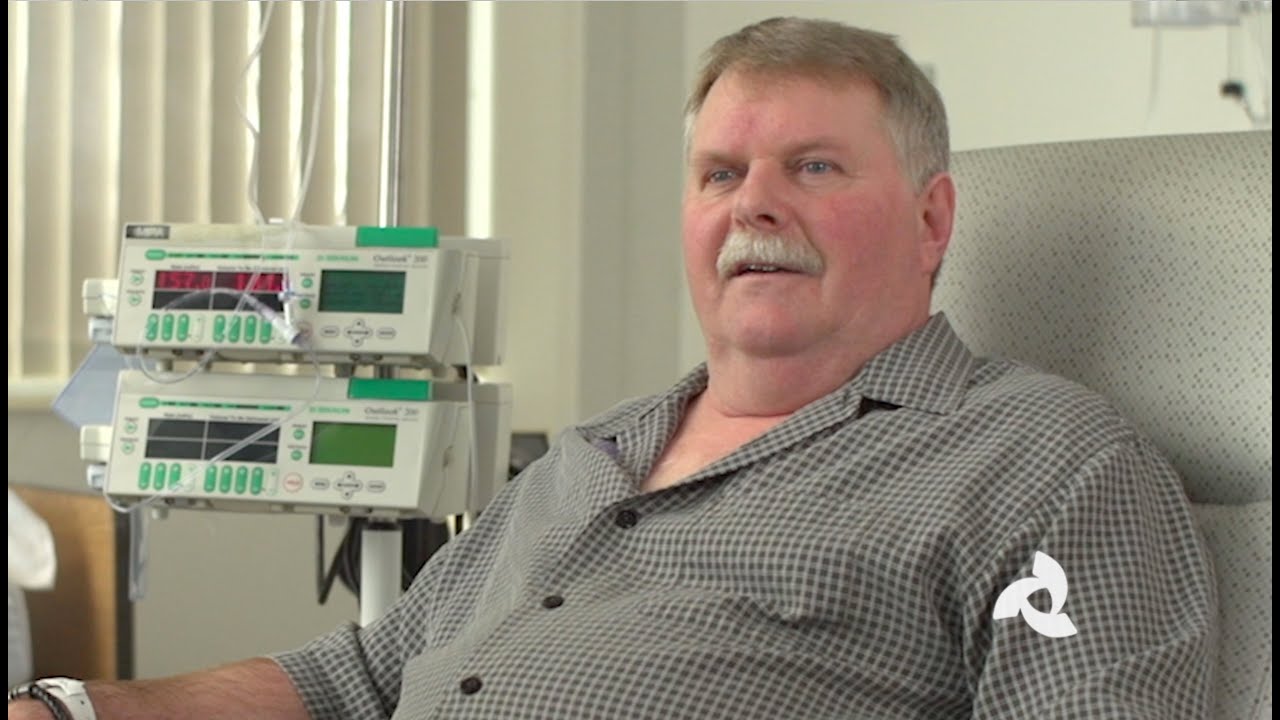 Jonathan Gyuran was told he had one year to live after he was diagnosed with advanced lung cancer. More than two years later, he's alive because he participated in a clinical trial.

"He told me he was recruiting patients for a randomized trial using a new immunotherapy treatment, Nivolumab (Opdivo®), and discussed the possibility of me joining that trial if eligible," Gyuran says. It was welcome news, given that historically, chemotherapy has been the most often recommended treatment for the type of lung cancer he had. "I didn't have to think twice," Gyuran says. "I had no other options."

Gyuran was the first person in the world to enroll in this Phase III trial and receive Nivolumab – which harnesses the power of the body's immune system to fight cancer – as the initial treatment for non-small-cell lung cancer. Today, four of Gyuran's his five tumors are completely gone, and the fifth – the largest one – is half the size it used to be. At age 56, the Phillipsburg, N.J. man is a walking testament to the power of clinical research trials and drug research.

How a clinical trial works

To ensure Gyuran was eligible to participate in the study, his doctors analyzed his tumor receptors, which are molecules on tumor cells that may indicate a response to a specialized therapy. "In addition, I was otherwise in good health, so I was accepted," Gyuran says.

The particular trial Gyuran participated in is a randomized trial, which means a computer determines at random whether the patient will receive standard chemotherapy or Nivolumab, both of which are administered by infusion. Gyuran was randomized to Nivolumab and has received infusions of the medication every two weeks for a year-and-a-half.

"At each step, my clinical trials nurse, Morgan Fick, answered my questions, kept my spirits up and provided assistance," Gyuran says.

While Nivolumab can have side effects in some patients (including fatigue, rash, itching and cough), "Jonathan had very few side effects," Patson says. "He is very fortunate, as some patients do not tolerate the medication as well."

Not only did Gyuran tolerate the treatment; it's helped effectively control his cancer. "His tumors have significantly decreased in size, and there are no new areas of cancer in his body," Patson says. He will remain on the trial as long as he continues to respond to the therapy.

Today, nearly two full years from his lung cancer diagnosis, Gyuran is enjoying life. He's back to work, which was a major priority. "I'm a fighter, and returning to work is something I fought hard to do," says Gyuran, a U.S. Army veteran. He's also socializing with friends and family, riding his Harley-Davidson motorcycle and enjoying time with his girlfriend Tracy, his main support throughout his cancer journey.

To people facing their own cancer journey, Gyuran says, "First, keep a positive attitude. Second, consider participating in a clinical trial. I'm proof that they save lives."